The LBS16V-25 - build in Denmark by drag racers

We have been building and racing lithium powered drag racers for many years now. We have set more than 10 NEDRA World records and we have built and are running the Worlds quickest ELECTRIC door-slammer and dragbike. Along the way we have been building lithium start batteries for fellow ICE drag racers and also started selling commercial start batteries for Harleys and other road  and race bikes - and since 2 year also cars.

The intention with this battery was to build a top performing 16 V battery for the European drag racing market that would be on par or better than the best 16 V batteries on the market. But still it should be affordable and also servicable meaning that we can open and possibly repair a damaged battery.

With 2000 CCA and mighty 25 Ah we should be able to cover all darg racing situations. We put an honor in making the best possbile product and we are always open for a talk on the phone or mail if you have any suggestions or questions you want to ask.

When purchasing this battery, please contact us per mail .- this product is NOT in the Webshop.

Safety warnings - but NO interuptions

To build a battery with the same safety functions as we have on the standard 12 V batteries would not only add to the price but also mean a build-in risk for false alarms causing interruptions at race critical moments.

Instead we have put in safety WARNINGS = alarms (but no automated reactions from the battery). You as a user shall react.

There a 3 different warnings. Over-voltage alarm going off if the voltage of the battery exceeds a set value. This will normally not happen as the included TC16V-25A charger has this safety function build-in. So only if used with a none-approved charger this could happen.

At the opposite end of the scale we have an under voltage alarm going off if the voltage drop below a set value. This will typical happen if the battery is "forgotten" under some kind of load (turned on ignition, light bulps etc.).

The last alarm is for high temperature of the battery and would only happen after a long time of a high load.

All three of these alarms will be noticable by the battery mounted LED and buzzer. Action should be taken immediately as all of these situations potentially can harm and even destroy the battery. To get a longer lasting alarm duration all alarms will sound and light in the same way the first 10 min, hereafter they will alarm with a longer and longer interval and after approx. 25 hours the LED and sound will only appear one time per hour. 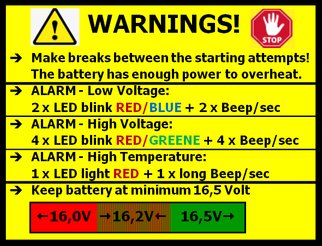 This label is also placed on the battery it self, so you doint need to look in the manual to understand an alarm! 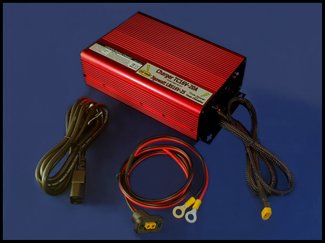 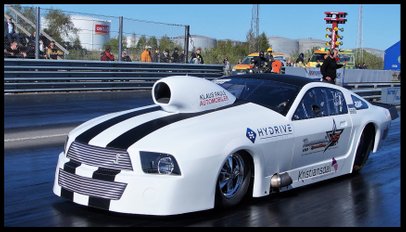 Mike Raymond in his top door-slammer (ProMod) with a Jigawatt LBS16V-25A. Mike and his father have been Denmarks top performes in srag racing cars for many years. 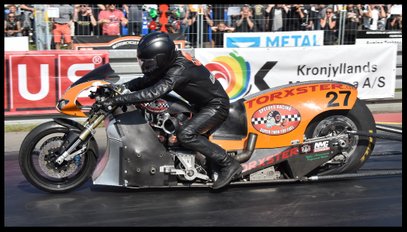 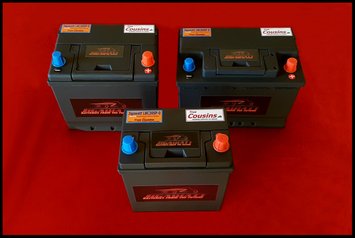